Dale Peterson was born in 1944 and grew up in the small, upstate New York town of Corning, where his father worked as an engineer for Corning Glass. The town is settled around a river, the Chemung, and nestled in the wooded foothills of the Appalachians. As a boy, he loved hiking, camping, dogs, and Boy Scouts; he was an Eagle Scout. He graduated from the University of Rochester with a double-major B.A., in English and Psychology, and then attended Stanford University to complete a Ph.D. in English Literature in 1977.

His education at Stanford was interrupted by the military draft. Given conscientious objector status, Dale served for two years as an attendant in a Veterans' Administration psychiatric hospital. Through that experience, working closely with troubled and sometimes severely psychotic patients, he first became interested in the inner personal experience of the mentally ill, which was the subject of his first book. Published in 1982, A Mad People's History of Madness creates a history of psychiatry through a close study of the published autobiographical writings of mental patients from 1436 to 1976.

After completing the Ph.D., Dale joined a northern California remodeling company as a finish carpenter, and it was through that experience—doing skilled work remodeling houses in Silicon Valley—that he met a number of people involved in the burgeoning computer industry. Steve Jobs, the founder of Apple Computer, gave him his first computer. Others in the business gave him insights and inspiration, and, after he left carpentry and began writing books about computers (personal computers, computers in the arts, computers in education, computer programming), some also gave him advice and technical consultation. His writing was deliberately anti-technical, however, even as, during the same period, he did some free-lance work as a technical writer—and also helped design and develop a computer game, The Dolphins' Pearl, which was based on the concept of inter-species communication.

In 1984, Dale Peterson turned to the subject of primates, educating himself through reading books in libraries as well as during a rough, extended, solo journey around the world. Starting in the forests of southeastern Brazil and then floating by boat for ten days down the Amazon River, and hiking with a local hunter into the Amazon rainforest, he then flew on to West Africa, to Sierra Leone and Kiwai Island in the eastern part of the country. From there he traveled to Central and East Africa, to Madagascar, southern India, Borneo, Sumatra, and the Mentawai Islands. His broad goal was to find and learn about primates still living wild in their tropical forest homes, but he also, more particularly, organized the trip around the goal of finding the twelve most endangered primate species in the world. Back home, he wrote the book that summarized his travels and discoveries, and his new knowledge about primates and the forces causing their extinction. The Deluge and the Ark: A Journey into Primate Worlds, published in 1989, eventually led to a collaboration and friendship with one of the world's great pioneers in primatology, Jane Goodall. With Goodall, Dale researched and co-wrote Visions of Caliban (1993), an ethical examination of our relationship with chimpanzees. Other books that emerged from the collaboration with Goodall include the two-volume collection he edited, using extended excerpts from her personal and professional letters. The result is an epistolary autobiography in two volumes—Africa in My Blood (2000) and Beyond Innocence (2001). And finally, in 2006, came the "long-awaited" and "definitive" biography, Jane Goodall: The Woman Who Redefined Man.

During this period, Dale also wrote two travel narratives: one recollecting his extended journeys into remote parts of Africa looking for chimpanzees (Chimpanzee Travels, 1995), the other describing a light-hearted 20,000-mile road-trip taken with his two children along the back roads of North America (Storyville USA, 1999). He also co-wrote, with Harvard University biological anthropologist Richard Wrangham, one of the classic evolutionary studies of human violence: Demonic Males: Apes and the Origins of Human Violence (1996). And he later toured central Africa in the company of photojournalist Karl Ammann to produce the brilliant and controversial account of the African bushmeat trade Eating Apes (2003).

Dale subsequently teamed up with Ammann for another African tour that resulted in the beautiful, haunting evocation of African forest and savanna elephants in Elephant Reflections (2009). More recent works include The Moral Lives of Animals (2011) and Giraffe Reflections (2013). And he has finished a book based on his travels in Asia and Africa with photographer and photojournalist Karl Ammann, called Where Have All the Animals Gone? (2015).

While he was a Fellow at the Radcliffe Institute for Advanced Study at Harvard University in 2013 / 14, meanwhile, Dale co-edited a collection of essays celebrating Jane Goodall's 80th birthday. Entitled The Jane Effect, it was released by Trinity University Press early in 2015. But his main project at the Radcliffe Institute, and then in 2015, while a Scholar in Residence at the Erikson Institute for Education and Research, was The Ghosts of Gombe: A True Story of Love and Death in an African Wilderness. This literary study of everyday life—and one tragic death—at Jane Goodall's research site at Gombe Stream National Park, Tanzania, during the late 1960s, was released in 2018. Another of Dale's recent works, Thirty-three Ways of Looking at an Elephant—an edited anthology of writings about elephants form Aristotle to the present—was published in 2020.

Translated into nine foreign languages, Dale Peterson's books have been distinguished as Best Book of the Year by the Boston Globe, Denver Post, Discover, The Economist, Globe and Mail, Library Journal, and the Village Voice; two were listed as Notable Book of the Year by The New York Times. He has been shortlisted for the Sir Peter Kent Conservation Book Prize in Britain and, in the United States, for the L.L. Winship Prize. In 2014, he co-organized a two-day public conversation among animal behaviorists, humanists, and neuroscientists at Harvard University called "Animal Consciousness: Evidence and Implications"; in 2017 and 2018, he organized and team-taught a course at the Tufts University Experimental College on "Elephants and Elephant Conservation." He was an adjunct faculty member in the English Department of Tufts University from 1985 to 2020. Currently he writes full time. 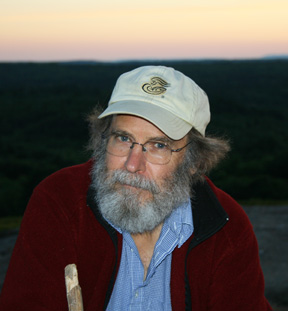